Real interest rates and getting real about portfolio analytics

In today’s keynote session by PIMCO leader and living legend Bill Gross, we heard about the looming threat to advisors who overweight in treasury bonds and US-based holdings. The real interest rate, noted Gross, combined with lower P/E ratios, mean that the kind of double-digit returns we had come to rely on in decades past are now gone.

More importantly, Gross contended, the reduction in the GDP-to-debt ratio will be funded by “average” American savers and taxpayers because only the people and corporations who go heavily into debt will benefit from lower real interest rates. It is the end, he said, of the asset-based economy where real returns simply aren’t possible: the policy implications on a continued Fed commitment to low interest rates are simply too vast.

In short, said Gross, the Fed is relying “on the power of words” to move markets. In essence, he has called for a revolution in the Treasury, where there are too many dissenters to Bernanke to ignore.

We thought this opening keynote could not have been more appropriate. Because where the power of words will change the fate of the American economy, we believe the power of technology will change what advisors can deliver to their clients. Just as the US economy — and all of its 311,000,000-odd participants — is being nudged into a state of, as Gross called it, financial repression, portfolio managers have been pushed into a state of technology repression. The perceived barriers to entry (price, learning curve, implementation time, etc.) are keeping advisors from adopting technologies that can make their lives easier and — more importantly — their relationships with clients more fruitful.

Gross’s prescription for advisors looking to avoid financial repression and its implications for their portfolios? Stay away from Treasuries and get outside the US. The debate about his advice is likely to be debated, as he rightly observed, for the next five, 10 and 15 years, as the market for Treasuries plays out.

But the analogy, from where we sit, is prescient. We think advisors and portfolio managers need to expand out from traditional technology tools and get outside their desktops. Which is exactly why we chose Morningstar to debut Revolution. Because we believe that advisors have an unprecedented opportunity to adopt web-based technology tools that take them closer to, and not further away from, their clients. And advisors don’t need to be tethered to hardware-heavy, installed-software packages that require thousands of users and millions of dollars in licensing fees to make them worthwhile. With products like our Revolution, advisors need only a computer, an Interne connection, and a commitment to their clients to provide more transparent reporting, faster access to information and smarter decision making in real-time.

Bill Gross, a self-proclaimed old schooler who joked this afternoon about not understanding the proper verbiage for Twitter (the verb is “to Tweet,” FYI), seems to understand the most fundamental aspect of markets: they are made up of people. Real people, making real decisions, who somehow get closed off from the information that fuels those decisions. Products like Revolution are designed to help advisors open up the gates to information that help real people make smarter decisions about asset allocation and management, and portfolio performance.

Because ultimately, every portfolio is about people. Which is why Revolution is analytics for the people: the people whose assets power every advisor’s portfolio, every day. What could be more powerful than that? 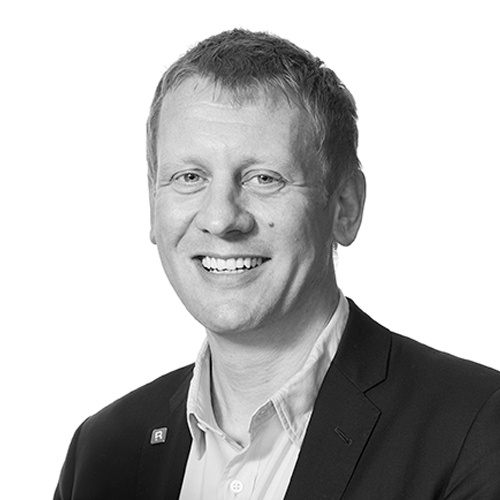