Risk Measurement: A call for standards

By Damian Handzy and Carl Bacon

It’s no wonder, then, risk management is awash in many creative and innovative approaches to both measuring and managing different types of risk. The type of person attracted to the field relishes creative technical expression. But the same dynamic that calls for a growing spectrum of risk measures hampers its benefit to investors themselves.

The authors believe this dynamism – necessary for idiosyncratic risk management – can be retained, while adhering to risk reporting standards that would benefit managers and investors alike.

Such standards would be universally applied across asset management, much as the Global Investment Performance Standards (GIPS) helped create norms for performance reporting. According to Cerulli Associates, in 2015, 60% of global assets were managed by firms claiming to be GIPS compliant including 23 of the largest 25 asset managers and 74 of the largest 100.

Of course, there are big differences between the measurements of performance and risk. While every security and fund is subject to a consistent measure of performance – profit and loss – a relevant measure of risk for one security or strategy may be quite irrelevant to another.

Still, there is consensus on the use of some measures, even if they form an imperfect and incomplete list: exposure, volatility, beta, correlation, value-at-risk, first- and second-order Taylor expansions like delta, gamma, duration and convexity, among others.

Standards like GIPS focus on ex-post risk and return measures with quantitative analysis of what has already happened. Extending such standards to the realm of ex-ante measures will be a challenge because of the inherent diversity of methodologies and the uncertainty in forecasted measures. It is more difficult to establish efficacy of a given measure if it is predictive rather than historical.

But other industries, such as pharmaceuticals, have faced this exact problem, and our industry is no stranger to the rigors of statistical testing. Establishing standards for ex-ante risk – and possibly return – measures will require that each measure is subject to such efficacy testing using tools like back-testing, out-of-sample testing and statistical error analysis. The rejection of standardising risk measurement because it has a more complicated cast of analytics than performance measurement isn’t justification, in our minds, to exempt it from the benefits of such an effort.

So, what benefits would standardisation in risk measurement bring?

The most obvious advantage would be the ability to compare the risk measures of one fund with another if the methodology behind calculations were made consistent.

Some measures, like volatility, have largely achieved that standard already, as there is only one universally accepted way to calculate volatility. But at the other extreme are measures such as VAR, a risk measure with seemingly as many varieties of calculation as there are funds calculating it.

Likewise, standardisation of risk disclosure would enable more robust comparison across funds – just as accounting standards and performance standards allow us to compare numerical results across firms and funds.

Full disclosure of important details on risk analyses, such as non-linearities, calculation methodologies, modelling assumptions and estimations would show investors and prospective investors that a fund took its risk management responsibilities seriously and had the expertise to analyse its own investments.

Standardisation would lead firms to boost their own internal processes and controls, too. People are more careful about their work when they know others are watching, and a firm choosing to adopt standardised risk measures would know more eyes would be on the results. That helps promote the practice of risk management, as more people would be aware of risk and responsible for its accurate reporting.

Investors would be able to differentiate between managers more easily. A risk-adjusted return comparison of managers today often reduces to simplistic measures like a Sharpe ratio or other volatility-based measure, in part because investors know with a relatively high degree of confidence how volatility is calculated. In other words, there is already an implied inherent standard.

The impact standardisation had on performance measurement is now well known – the industry grew significantly, partially because investors could trust the numbers more. In today’s risk-sensitive investing environment, increasing the trust in risk reporting across the investment landscape would help investors and funds alike.

Standards would add clarity in industry discussions. Labels and names are notoriously confusing if they fail to define precisely what they mean. Individuals interpret them differently. The insidiousness of this error is that no one realises everyone has a different understanding unless painstaking efforts are made to clarify the discussion.

Firms adhering to the standards, meanwhile, would be seen as following best practice and could expect a boost to their marketing efforts. Already, leading funds are often differentiated by their increased transparency and willingness to share risk information. Standardisation could also help address concerns about the complexities and pitfalls in the interpretation of risk numbers.

How, then, might standards be established? Much can be learned from other efforts in our industry and, indeed, in other industries. Standards are most likely to be adopted if crafted by a consortium of firms and industry associations representing the various complexities of the industry, and then promoted by an established industry standards board.

The development of standards will require persistence, stamina and patience, and its success is not guaranteed. But in the end, standardised risk measures would benefit all market participants – managers and investors alike.

Damian Handzy is global head of risk at StatPro, a London-based cloud provider of performance and risk analytics for the investment management industry. Carl Bacon is the chairman of StatPro, a founding member of both the Investment Performance Council and GIPS, chairman of the GIPS executive committee, and a member of the advisory board of the Journal of Performance Measurement. 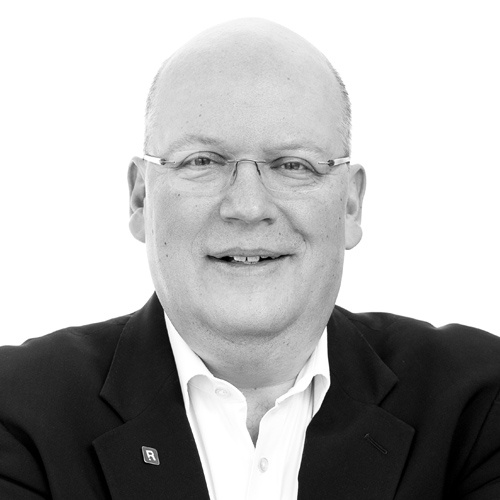