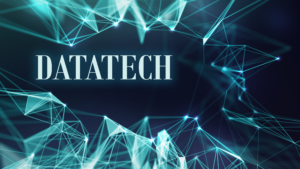 Just a few years back, the industry was responding to regulatory filings like Form N-MFP, AIFMD Annex IV, Form PF, Form CPO-PQR and Solvency II with individual software solutions to solve each one of those requirements in isolation from the others.

And, just as regulatory fatigue had become the norm, U.S. mutual funds braced for the onerous Form N-PORT. Recognizing the enormous overlap of data requirements across multiple forms, the vision for a RegTech platform emerged – one platform that could facilitate the reuse of data across multiple forms and provide the flexibility to deal with new regulations and constant changes to existing ones.

But looking beyond regulatory reporting, asset managers and their third-party fund servicers started to think about post-trade reporting differently. As a result, new priorities emerged – freeing up resources for growth, while achieving the next level of cost control – and the industry has since been looking for a strategic response for it, one that is automated, efficient and transformative.

The value of a data-driven approach has already been proven by RegTech so it is only a matter of time before fund servicers extend the same value proposition beyond its regulatory reporting scope and use DataTech to start answering wider back-office problems.

Here at Confluence we believe that RegTech is paving the way for a new era of fund servicing, that we like to call DataTech. Building on the value regulatory technology delivers by leveraging the same data across multiple outputs, DataTech will enable asset managers to leverage innovation and data reuse to impact and benefit the entire back-office ecosystem. Financial reporting, statutory reporting, investor communications and marketing will soon be the beneficiaries of a new way of approaching post-trade reporting.

DataTech is transforming asset management post-trade operations. Rather than focusing on the deliverable first, it focuses on the data first and the recipe is fairly simple: Begin with the data, input and aggregate it from multiple sources, validate it once, adjust it once, approve it once and reuse the output multiple times. All of this happens in a Cloud environment to encourage collaboration, provide agility and reduce the cost of ownership.

Moreover, it will provide the transformative opportunity to make the shift from a document-driven process to a data-driven process – one where peoples’ tasks and schedules revolve around reviewing, evaluating, analyzing and modifying data rather than producing a deliverable.

And we believe the DataTech journey won’t end there. The mindset behind the strategy is to let the machines do what they do best, leaving your team to do the higher-order, value-added activities like trend and process analysis, ad-hoc analysis and problem resolution. It is easy to see how over the next 12 to 24 months, DataTech will be used to facilitate the delivery and maximize the efficiency of advanced analytics, artificial intelligence, machine learning and robotics, all of which will be game changing in a world of digital-on-demand and an Amazon-like experience in back-office operations.

One Platform to Rule Them All

Embracing DataTech will shift project plans in a way that will allow firms to get two or three or even four deliverables for the price of one. Take the hypothetical scenario of a U.S. mutual fund that needs to prepare Form N-PORT, the Morningstar APT, Form N-PORT Part F and Form CPO-PQR all for the same month end: rather than create a project plan for each deliverable – when it is created, validated, reviewed, approved and finalized – all that will be required is to create a plan to do those things once to the data. Since the data is largely the same in all four cases, a lot of redundant activity can be eliminated. The results of the slimmed-down data work can then be used to output each of the four deliverables with the push of a button. In fact, it can be used to produce any number of different deliverables, in any number of formats. Documents will become an afterthought of the process, a push-of-a-button exercise completed after the real work is done.

In closing, I’d be remiss not to point out why we have added the term DataTech to our vocabulary here at Confluence in 2018.  Much like the previous industry “Tech” terms, FinTech and RegTech, we feel that it clearly, concisely and accurately sums up the evolution that the market has been living for the past ten years – and one we expect to accelerate.

Is DataTech in your vocabulary?