LIBOR Cessation - One Month to Go - Are You Ready?

LIBOR reform has been on the global agenda since the Financial Stability Board (FSB) issued a report in 2014, which recommended strengthening the existing major interest rate benchmarks along with the development and adoption of alternative nearly risk-free reference rates (RFRs) where appropriate1.

In 2017, the head of the UK Financial Conduct Authority (FCA), raised serious questions on the sustainability of the London Interbank Offered Rate (LIBOR) given the absence of active underlying markets and announced that they would no longer compel panel banks to provide LIBOR submissions beyond 20212. Consequently, discussions around the transition of LIBOR advanced rapidly and market participants began preparing for a future without LIBOR. 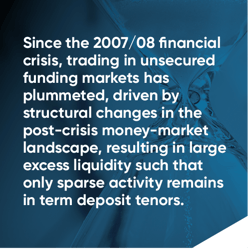 On 5th March 2021, the FCA formally announced the future cessation and loss of representativeness of LIBOR3. The announcement triggered the fixing of ISDA’s Fallback Spread Adjustment for all settings. The Fallback rate is a combination of the Adjusted RFR (compounded in-arrears RFR, per term) and the fixed Spread Adjustment.

LIBOR is a measure of the average rate at which banks are willing to borrow wholesale unsecured funds and is calculated based on submissions from selected panel banks and is published in five currencies (USD, EUR, GBP, CHF & JPY) and 7 tenors. It is administered by the Intercontinental Exchange (ICE) and regulated by the FCA in the UK though it is used globally.

For decades, LIBOR and other Interbank Offered Rates (IBORs) have been widely used as interest rate benchmarks, underpinning an estimated USD 350 trillion of financial contracts globally, including derivatives, loans and securities held by banks, asset managers, insurers, corporates and retail5.

Why is LIBOR being reformed?

Since the 2007/08 financial crisis, trading in unsecured funding markets has plummeted, driven by structural changes in the post-crisis money-market landscape resulting in large excess liquidity such that only sparse activity remains in term deposit tenors.

Additionally, trust in the benchmark's soundness was shaken in 2012, when several panel banks were accused of potentially improper attempts to manipulate LIBOR. Subsequently, significant improvements were made to the benchmark as recommended by the FSB's 2014 report, but nevertheless these changes could not address the absence of an active underlying funding market.

National working groups were set up in each jurisdiction and replacement RFRs selected, each of which are constructed on the basis of actual overnight cash transactions in active, liquid markets, thus providing a more robust and credible alternative interest rate benchmark than LIBOR.

How do RFRs compare to LIBOR?

The new overnight RFRs are nearly risk-free whilst LIBOR reflects a perceived credit risk, so fixings will tend to be lower. This means that migration is not simply an administrative change in the benchmark but requires pricing adjustments in order to minimize the economic impact of transition.

LIBOR is a forward-looking term rate fixed at the beginning of each interest period and is quoted for a range of maturities, a key feature employed in loan markets for example. The RFRs are backward-looking overnight rates, so parties cannot calculate interest due in advance.

Supply and demand conditions unique to collateral markets mean that cross-currency basis swaps pose a particular challenge as a result of the instrument's USD leg being based on the secured SOFR rate, whilst the liquid benchmark in the other currency leg will typically be based on unsecured transactions

Are other IBOR benchmark rates affected?

The other IBOR benchmark rates, e.g. EURIBOR in the Euro area, HIBOR in Hong Kong, BBSW in Australia, TIBOR in Japan, SIBOR in Singapore, are not administered or regulated in the same way as LIBOR and are expected to remain until any announcements by the relevant administrators6.

For the widely-used EURIBOR, the Financial Services and Markets Authority (FSMA) authorized the European Money Markets Institute (EMMI) as the benchmark's administrator, with EMMI launching a new hybrid EURIBOR methodology in 2019 which is compliant with EU Benchmarks Regulation. The reformed EURIBOR is expected to remain in place for the foreseeable future. Nonetheless, new EURIBOR contracts now include robust fallback language to account for the possibility that it is discontinued in the future.

The Hong Kong Overnight Index Average (HONIA) was identified as the alternative to HIBOR. Hong Kong has adopted a multi-rate approach, whereby HIBOR and HONIA will co-exist. Singapore plans a Singapore Overnight Rate Average (SORA) centred approach, replacing the Swap Offer Rate (SOR) by end 2021, and SIBOR gradually by 2023 or 2024.

What are some of the challenges to LIBOR reform?

Market Liquidity/Adoption: Each jurisdiction is at a different stage of transition, with some currencies and their associated markets far more advanced than others. The smooth development of liquid cash and derivative markets linked to the new RFRs is crucial to enable orderly and controlled transition and to aid the development of forward-looking term structures.

Legal/Fallback language: Regulators expect active migration of legacy LIBOR-linked exposures to the new RFR-based benchmarks and some issuers have begun to restructure existing FRNs accordingly. However, where this cannot be achieved then robust fallback provisions which deal with LIBOR cessation, must be agreed, and inserted into financial contracts to avoid potential legal disputes.

Regulatory: Existing regulatory requirements may present complications and/or obstacles to transition. For example, the Solvency II directive does not currently allow for RFRs in its valuation framework for discounting liabilities, so working groups are engaging with EIOPA on the issue.

Valuation/Risk management: Transition of legacy contracts could potentially result in less effective hedges and/or valuation issues which will need to be identified and carefully managed.

How is Delta helping Clients in preparing for LIBOR Reform?

Confluence has been monitoring market and regulatory developments closely for some time and has rolled out several enhancements since 2018 in order to support: the emergence of new and reformed RFRs, associated RFR-linked instruments, changes in market convention and shifts in risk management practice.

Delta migrated GBP, CHF & JPY LIBOR curves to ”synthetic LIBOR” in line with market levels, where these curves are constructed from the underlying RFR curve plus ISDA’s fixed Spread Adjustment, rather than the traditional LIBOR swap market quotes. USD LIBOR migration will follow, once the two swap markets align, expected to be Q1 or Q2 2022.

These new synthetic LIBOR curves enable Delta to continue to calculate all existing “vs LIBOR” analytics, such as ASM vs LIBOR and Z-Spread vs LIBOR, beyond the LIBOR Cessation deadline, avoiding unnecessary steps/jumps in these analytics, which a straight switch to vs RFR would have generated.

Note that Delta will introduce new, separate RFR-based spread analytics during 2022. Delta will introduce RFR interest rate risk drivers/factors in its proprietary Market Risk engine, XRisk, Scenarios engine and Performance Attribution models, where these are proven to be relevant. 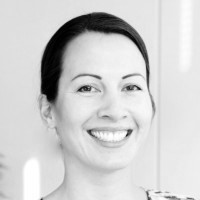