The 2008 global financial crisis sent shockwaves through the financial community, leaving market participants reeling and forcing many companies to overhaul long-held practices and processes. It also prompted regulators worldwide to consider how gaps in oversight may have contributed to the emergence of this world-altering event.

As a result, the last decade has been marked by a steady increase of systemic risk reporting requirements, designed to provide regulators with much more information useful for protecting investors’ interests. But with the repercussions of the crisis still being felt today, what might the next set of reporting look like?

Back-office teams in the US have been focused on preparing and implementing processes for Forms N-PORT and N-CEN, key planks of the Securities and Exchange Commission’s moves to enhance transparency and modernize reporting requirements for registered investment companies. Currently there is no European equivalent of these directives, but regulators in the region have made some sweeping changes and more are imminent.

An example is the currently-in-place Undertakings for Collective Investment in Transferable Securities (UCITS) Directives. This is a harmonized regulatory framework of the European Commission that allows mutual funds to trade across all member states.  A proposed update (known as UCITS VI) which would have introduced closer regulation of money market funds (amongst other changes), has been shelved for the time being, with regulators examining issues on a case-by-case basis instead of a wholesale overhauling of the UCITS rules.

The European Securities and Markets Authority (ESMA) however has released guidance on templates for its incoming money market funds’ disclosure regime. From Q1 2020, European money market funds – investments regarded as being as safe as bank deposits while still giving a higher yield – will have to provide more information to regulators than they did previously. Confluence is looking forward to supporting clients once the regime is in place.

The looming pension fund crisis in Europe has also meant a further push for disclosures relating to this sector. According to a recent Mercer survey, a shocking 73% of UK defined benefit (DB) funds are now cashflow negative, an increase of 7% since 2018. Driven by a year-on-year maturity of the mostly closed plans, for three out of four DB schemes the amount of benefits paid out annually is higher than the amount of new contributions received- a worrying trend.

Against a backdrop of such pressures , the European Commission in 2017 proposed that there should be a private portable pension product known as the pan-European personal pension product (PEPP). Larry Fink, the head of funds management giant BlackRock, has been credited with floating the initial idea of the pension, saying in a paper that it would empower “consumers to save more effectively for their retirement needs."

Finally, a look at emerging regulation in the EU would be incomplete without mentioning the Markets in Financial Instruments Directive (MiFID) II framework, which was designed to unbundle research payments from executions in the region. As firms readied for the January 2018 compliance date, some were hampered by grey areas when it came to the interpretation of the legislation. European regulators are now launching a consultation on the cost of market data, after MiFID II has not achieved the goal of lowering this according to a report in Investment Executive. Following from this, the potential for further reforms may be possible. 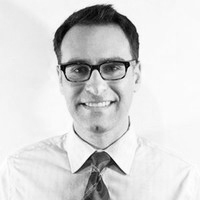